EQBR Holdings claims to have solved the blockchain trilemma with its new blockchain engine, Equilibrium 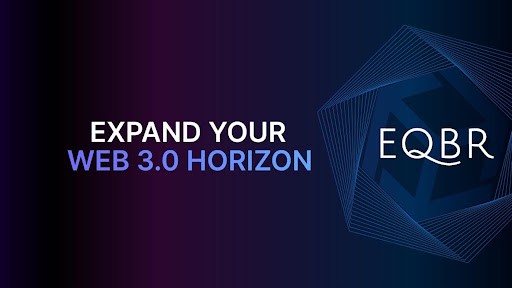 (“EQBR Holdings”) has published a technical white paper on “Equilibrium”, a new blockchain technology developed by EQBR Holdings over the past 3 years. The original text of the white paper can be downloaded from the EQBR Holdings homepage (https://s3.ap-northeast-2.amazonaws.com/resource-files.eqbr.com/EQBR/EQBR_Technical_Whitepaper. pdf)

The white paper describes how Equilibrium’s new Equalize consensus model and its unique micro-chain architecture removed the scalability limitation and can be applied to an unlimited number of nodes without impacting performance. This means that Equilibrium has solved the most troublesome engineering problem in the blockchain world: whether a truly decentralized blockchain network can achieve scalability and security (i.e. the blockchain trilemma ).

Without solving the blockchain trilemma, a blockchain would have no merit in replacing a central server system, which is the basis of today’s commercial network services. Therefore, the significance of this whitepaper is that Equilibrium has proven that a commercially viable (i.e. Web 3.0) blockchain network is achievable.

According to Mr. Jinsu Han, Director of the Research Institute of EQBR Holdings, “This white paper explains how Equilibrium has solved the classic problem of the blockchain trilemma. We are proud to believe that by solving the trilemma of blockchain, Equilibrium may be the alternative blockchain technology that leads the paradigm shift to the business realm of Web 3.0.

To prove the commercial utility of Equilibrium, EQBR Holdings has previously released Whisper MSG, a commercial blockchain messenger and wallet, and EQ Hub, a unique blockchain service platform for developers to build and implement their own networks and blockchain ecosystems without any complications. coding process. So far, over a million people have downloaded Whisper MSG and experienced real-time blockchain technology. Additionally, a growing number of developers are trying to build their own business networks through EQ Hub. Sooner or later, Equilibrium’s value proposition will become clear as the whitepaper is reviewed by more users and developers.

Founded in 2020, EQBR has engaged with various companies as an operator, investor and third-party solution provider. EQBR’s innovative blockchain engine called Equilibrium is the world’s first commercially viable blockchain. Since then, EQBR has developed several dApps in addition to Equilibrium, including Whisper Messenger (a blockchain-based secure messenger), EQ Hub (a low-code development tool) and now, My Flex (a typing platform NFT).