Insider trading accusations have started to hit the crypto markets. The biggest story to date on this topic came in recent months, with the indictment of former OpenSea product manager Nate Chastain. The hammer is imminent once again this week, as the brother of a former Coinbase executive pleaded guilty to a wire fraud conspiracy charge.

Let’s take a look at the events leading up to today’s guilty plea and reasonable expectations for the future.

In a virtual hearing before Manhattan Judge Loretta Preska, Nikhil Wahi, 26, pleaded guilty to a wire fraud conspiracy charge centered on Wahi’s engaged business based on knowledge of information confidential on Coinbase. Prosecutors argued that Nikhil’s brother, Ishan Wahi, shared insider information with Nikhil, as well as their friend Sameer Ramani about upcoming crypto listings. Listings on Coinbase frequently saw a price increase before being announced as a Coinbase-supported token. Both Nikhil Wahi and Sameer Ramani used inside information to acquire the pre-listed assets “at least 14 times prior to Coinbase announcements in June 2021 and April 2022,” according to reports. Prosecutors said those deals amassed gains north of $1.5 million.

Wahi told the judge he “knew it was wrong” and that the guilty plea, which is scheduled for sentencing in December, will result in Wahi being deported to his home country of India. His brother, former Coinbase employee Ishan Wahi, has pleaded not guilty and has a March 2023 court date. Ramani, who also faces charges, was based in Houston but has not been located.

Kim argued that Cobie’s framing of the Coinbase token listing situation was dishonest, or implied that Cobie’s relationship with FTX (which sponsors his “Up Only” podcast) obscures his ability to fairly assess or judge Circumstances of Coinbase – Cobie’s response is simply that “Coinbase is incompetent”, and that its impact on exposing insider trading speaks for itself. 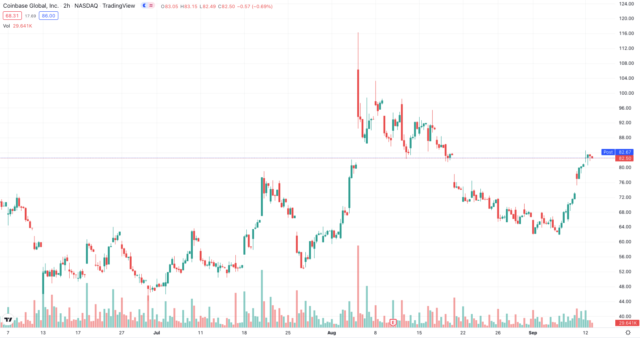