On Thursday, U.S. Securities and Exchange Commission (SEC) Chairman Gary Gensler spoke before the Senate Banking Committee to defend the agency’s stance on cryptocurrencies and its efforts to include climate risks in the reports of public companies.

Pennsylvania Senator Pat Toomey has criticized the SEC for its lack of a crypto regulatory framework. calling out Gensler for failing to acknowledge that cryptocurrencies are separate from traditional investment products like bonds and stocks.

Almost all crypto offerings today, according to Gensler, meet the criteria of a traditional security and, as such, should be registered and regulated.

The regulator’s head argued his case to an SBC full of skeptics, who questioned his assertion that Bitcoin acts more like a commodity and that most tokens look more like conventional stocks.

Are the SEC and Gensler hostile to the financial industry?

Republican dissatisfaction with Gensler’s agenda is the backdrop to the panel’s routine oversight of his work. He has been accused of going too far by SBC members who say he has taken a hostile stance toward the financial industry and launched a sweeping attack on US capital markets.

Republican SBC leader Toomey argued that the commission was not doing its job properly due to the unique characteristics of digital currencies like Bitcoin. 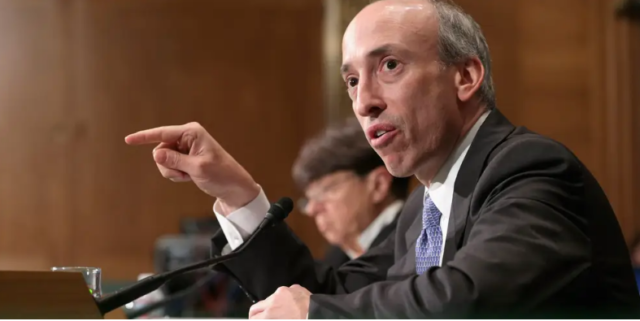 Toomey explains that crypto tokens can be settled in real time without intermediaries, have varying degrees of decentralization, and normally have no financial stranglehold on the issuer.

The senator also suggested that the commission has not been as direct as it should be in its efforts to enforce securities regulations that may apply to cryptocurrencies. The biggest problem, according to Toomey, is that “the SEC doesn’t share with us the structure they use.”

Another senator appalled by Gensler

The United States is actively working on a framework for crypto rules. A contentious issue is deciding between the agency and the Commodity Futures Trading Commission as the appropriate regulator.

As required by Senate legislation, CFTC chief Rostin Behnam has revealed that he has already given his agency the go-ahead to begin preparing to be the primary regulator of a significant portion of the bitcoin market. .

Gensler argued throughout the investigation that the Supreme Court has already decided what constitutes security and that most tokens pass a well-established multifactor test.

However, Toomey and other opponents of the SEC’s approach find this explanation insufficient.