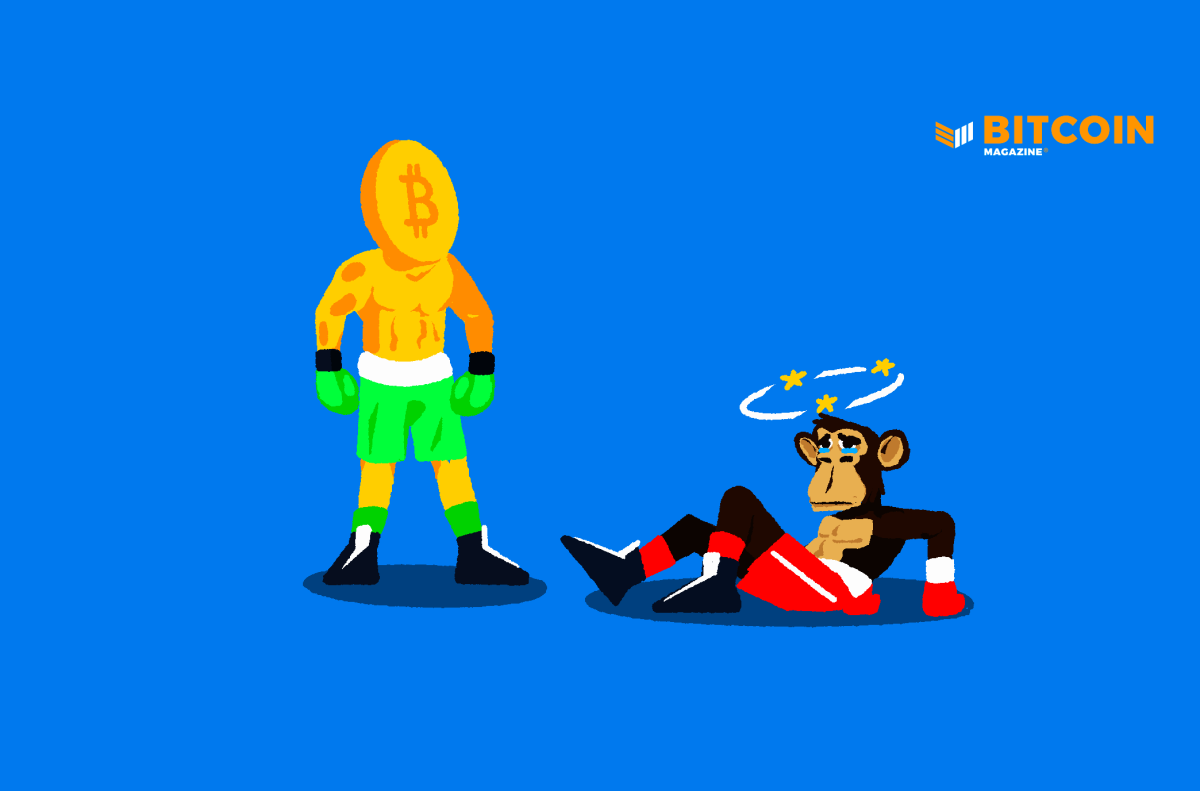 If you’re into venture capital, pay attention to technology, or invest in the industry, you’ve heard all the buzzwords: Web3, NFT, DeFi. Has anyone explained to you what they are? Did you understand? It probably sounded as convoluted as the fat boy’s explanation from summer camp for why he didn’t have a picture of his very pretty girlfriend from back home.

Why were these concepts not understandable? Because these are all terms that are just nebulous enough to sound sophisticated, while avoiding strict definitions to avoid scrutiny. They all have that Gnostic quality about them. You really have to be special to see the emperor’s clothes.

So what are these things? What is Web3? What are NFTs? What is DeFi? I will try to save you a lot of time: These are scams.

I’m a programmer with 24 years of experience, the last 11 of them in Bitcoin. Bitcoin is an incredible tool, especially for saving, which is why I own it. I have written several books on the subject, including “bitcoin programming” published by O’Reilly, a leading publisher of technical books in the United States. I’ve also trained more than 700 programmers and have many alumni from all the top companies in the industry. So when I say that NFTs, Web3 and Defi (aka “crypto”) are scams, I’m not saying that casually or as an exaggeration to make a point, I’m saying they’re “scams” in the sense the strictest of the word.

If you’re convinced at this point, there’s no need to read any further and instead you can do something more productive, like reading last night’s episode of “The Bachelor.”

Proving that these concepts are scams is not my intention here. It would take a much longer article and you probably wouldn’t read it. As a paraphrased version of Brandolini’s Law puts it:

“The amount of energy needed to refute bullshit is an order of magnitude greater than to produce it.”

So in this article, I’m going to take a different approach. I’m going to induce reasonable doubt about these plans, like a good lawyer would. And hopefully, as a side effect, I can bring a complete existential dilemma to the “crypto” brothers.

A note to trolls

I’m sure I’m going to get a lot of pushback for this article. And I’m also sure that most of the people pushing back will be non-technical people. The most vehement will be the people invested in these projects and I’m sure they’ll get angry at me with all the just indignation of a Brony.

Like Upton Sinclaire noted, it is difficult to make someone understand something when their work depends on their not understanding it. I am not interested in debating these people because they are too far away. The time to convince someone is before they come in, when they’re much more objective about what’s going on, rather than after, when they’re likely to accuse you of bias. But hey, I’m willing to accept counter-arguments that have all the sophistication of “your mother too”.

So, dear reader, I’m trying to convince you, the person sitting on the fence and thinking about possibly investing in these things, who still has some very basic questions.

Have you ever seen someone who had a problem in the real world, searched for a solution and found it in Web3/NFTs/DeFi? Unless it was to raise money from gullible people, I’m guessing you didn’t. It’s because these things are like the Rube Goldberg machine at the beginning of “Pee Wee’s Big Adventure”. There are easier ways to make breakfast, damn it! They have the most devious and absurd reasons for including an unnecessary token that makes everything less efficient and more expensive.

Have you looked at what the code of these supposedly decentralized apps is doing? No? These things have more bugs than the entire “Indiana Jones” set. Would you be surprised to know that the marketing departments of organizations that offer this kind of stuff overstate their capabilities a bit?

Do you know that the people doing this marketing themselves have huge premines on the coins and have a vested interest in getting more people to buy? Venture capitalists who fund this stuff get a lot of tokens at a significant discount in front of the public. Their job is to convince you to buy, whether it’s useful or not. They spend more than 50% of their budget on marketing. That’s a ratio for unhealthy sugar water like Coca-Cola, not supposedly fancy technology.

Are these projects as decentralized as they claim? The creators of these coins or protocols may change the rules at any time and for any reason. It’s even worse than Google’s terms of service. At least with Google, you know from the get-go that you’re being had.

Did you know that these projects can be copied? The code is open source, and they are copied all the time for various reasons. The new parts are technically indistinguishable from the original. So why do they have different prices? Maybe it’s not just the supposed features of the project, but the marketing dollars that go into it.

Have you looked at the people involved in these projects? Many have a sketchy past, to put it mildly. At best, the founders of these tokens have “succeeded” in launching another token as their identifier. Did they keep their promises on this token? No. But they certainly got some returns for the former. These people are like network news: you know everything they say is heavily twisted to manipulate you.

But the returns! Surely you can’t argue with 500% returns in a few months, can you? Well, you can, because these types of returns are common in scams. You could have made money on a failed Hertz stock if you entered and exited at the right time. Winning money doesn’t make the action fairer than winning with seven, two off suit.

Feedback is the only reason anyone cares about this stuff, because the technology is definitely not there. What you got in these things is a lot of promise. These promises are exaggerated by a lot of marketers. A frenzy develops and eventually there is a crash when promises fail to materialize. It’s like a bad sequel to a great movie. Bitcoin was awesome, so let’s check out this other thing! The technology is bound to be disappointing.

Bitcoin is the original and very different from “crypto” projects, all of which are basically cheap counterfeits. Bitcoin has no central controller, there are no misaligned incentives, the people involved have no special rights, and there is no marketing team. The returns on bitcoin have been exceptional because it has done exactly what it promised, which was to be an uncensorable, elusive, and strictly limited currency. This is why bitcoin is credible where “crypto” is not.

The main property of Bitcoin is that it is decentralized. There is no single point of failure and it is controlled by the user community, not a governing entity. We’ve seen time and time again people copy the code, but not be able to copy the decentralization. Decentralization is native to the network, not code. It would be like trying to duplicate an orchestra by providing the same material, but not the same musicians. It will not work.

Bitcoin is a better currency. He does not claim to redo the web or redo finance or redo art. It’s been better money all along because it’s digital, decentralized, and absolutely rare. Bitcoin actually has a use case that people around the world are using. “Crypto” is none of that because its leaders are like politicians, making promises they won’t keep.

The only coin that doesn’t require you to trust anyone is bitcoin. Everything else is like borrowing money from Tony Soprano. You are playing a dangerous game.

This is a guest post by Jimmy Song. The opinions expressed are entirely their own and do not necessarily reflect those of BTC Inc or Bitcoin Magazine.